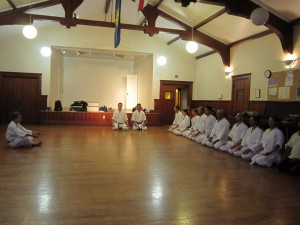 Mokusu (meditation) at our dojo

San Francisco Dojo is an affiliate of Shotokan Karate of America (SKA), the oldest karate organization in the United States. For a brief history of karate, click here.

We practice traditional Shotokan Karate at our dojo, as taught by Tsutomu Ohshima, founder of SKA.

Our dojo is located in the Haight-Ashbury district of San Francisco. We practice in the community room of All Saints’ Episcopal Church on Waller Street between Ashbury and Masonic. The practice room is clean and spacious and has visitor seating.

NEW! We also teach karate classes at the Presidio YMCA on Mondays and Wednesdays, 7:15-8:30pm. Participants must be members of a YMCA. 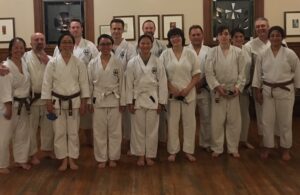 Our dojo members are dedicated karate practitioners at all levels of experience, from beginners to senior black belts. Many of our members have attended Special Trainings, participated in tournament competition (such as the Nisei Week tournament), and practiced with SKA’s head instructor, Tsutomu Ohshima. Our members are able to practice at SKA dojos around the U.S. and abroad.

Our instructors are SKA black belts, certified by Tsutomu Ohshima, with many years of experience. You can find more information on our instructors here. 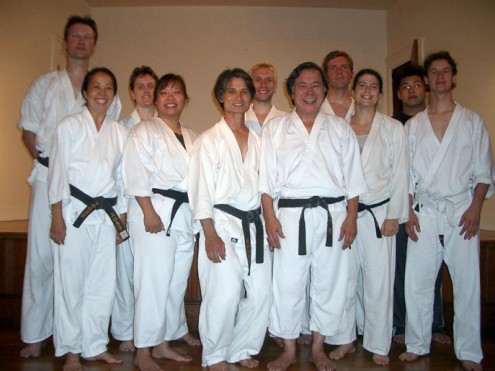 The San Francisco Dojo held its first practice on December 12, 1992 at the Central YMCA in the Tenderloin. In the early years, practices were led by Jane Uyeda and Dan Magyari. We were also very fortunate to have godans Daniel Chemla and Jim Sagawa, as well as seniors from the Berkeley Dojo, lead practices regularly on Saturday mornings. Other instructors, particularly Jenny Logan and David Woodard, have contributed their time and energy to our dojo.

The San Francisco Dojo moved to the Presidio YMCA across the street from the Palace of Fine Arts in 1996, thanks to the savvy negotiations of Tim Yamauchi. With its much improved venue and classes taught three times a week, the dojo recruited strong new members and was active in local and regional events, including hosting a visit from Tsutomu Ohshima, founder. After a brief stint at the Women’s Building in the Mission District, the dojo moved to the All Saints’ Episcopal Church near the famous intersection of Haight and Ashbury in the year 2000, which to this day is where we practice every week. 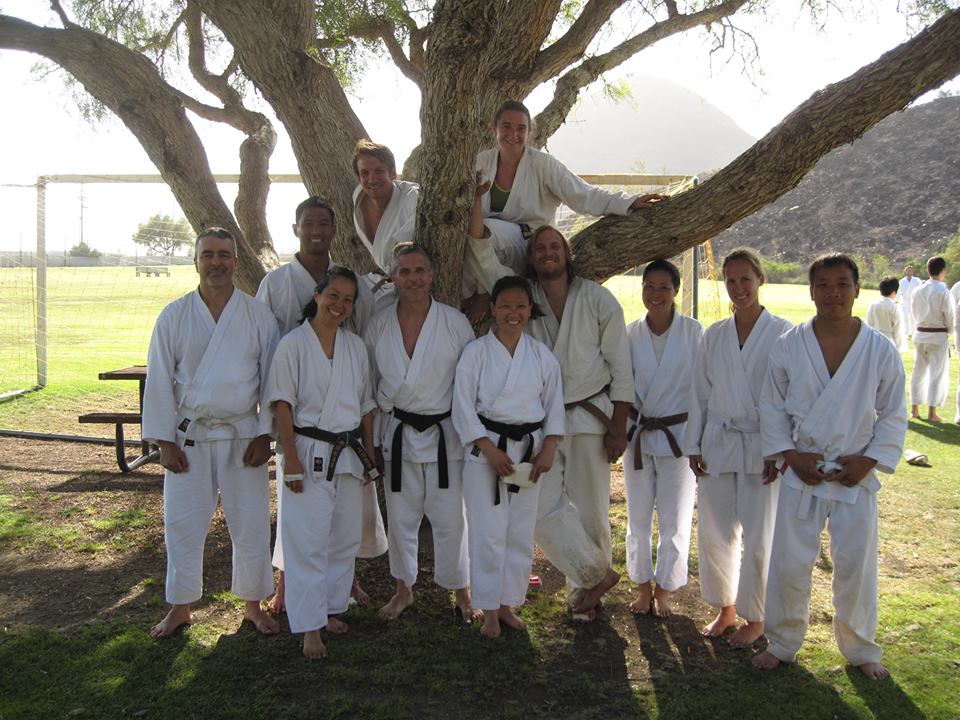