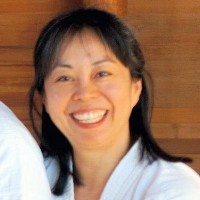 Jane started training at Maryknoll Dojo in 1980 and practiced regularly with Mr. Ohshima in Los Angeles. She trained at the Columbia University Dojo and with Godan Daniel Chemla in New Jersey in the late 1980s. Moving back to the West Coast, Jane founded the San Francisco Dojo in 1992 together with Dan Magyari.

Alexander began his martial arts studies at the age of 11 when he started practicing Greco-Roman wrestling. While in the Navy, he was introduced to karate and later began practicing Shotokan in 1987. He has practiced regularly with Tsutomu Ohshima in the Los Angeles dojo, as well as many other SKA dojos throughout the US. 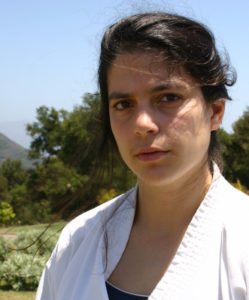 Betsy has studied karate-do in the US, Japan (Waseda), and France. She started her training under Ohshima Sensei at Caltech in 1989, and in 1995 continued under Daniel Chemla and Jim Sagawa. Betsy has won a “best competitor” award and five tournament golds nationally and internationally.

Tim began practicing karate at the Los Angeles dojo in 1992. He has trained under Charles Lai, Raymond Berry, and Randy McClure. Over the years he has practiced at SKA dojos around the United States, as well as in Japan, UK, Spain, and France. Tim has successfully competed in several tournaments, including Nisei Week.